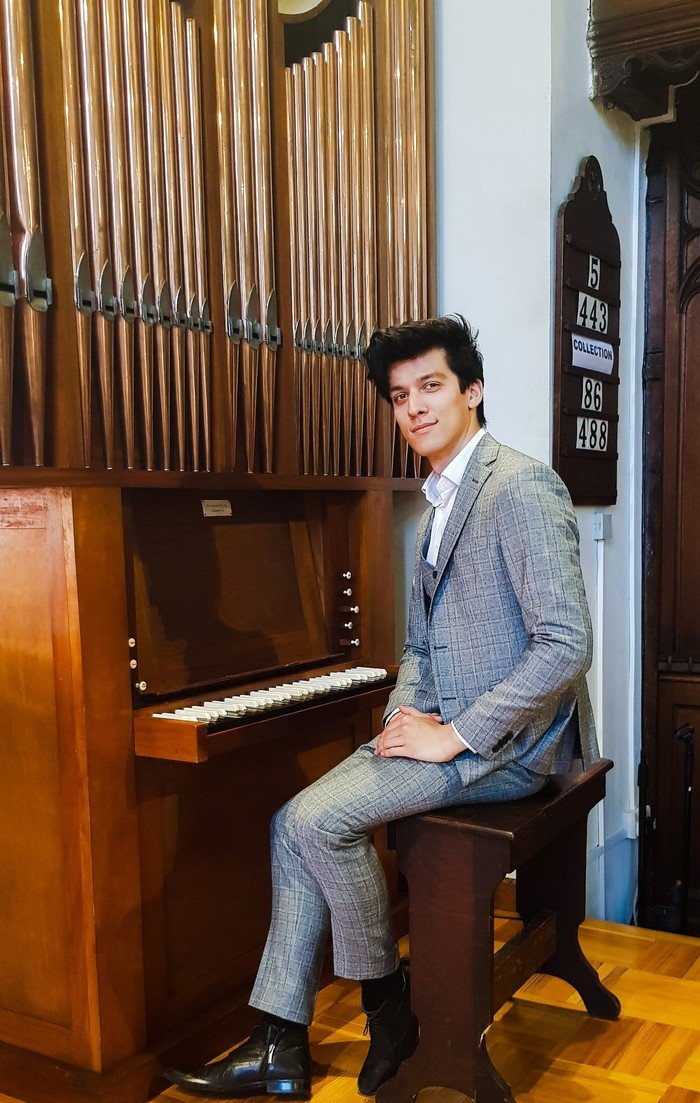 Since October 2019, Dennis Tjiok, composer, pianist and organist has taken on our role of Director of Music at Christ Church.

Besides performing in ensembles, as a soloist and accompanist, his composition work ranges from scoring film and games to composing for musical theatre and experimental projects, winning competitions for solo piano and ensemble, the EHF 2010 Composition Award and the RNCM Entrepreneurship Award for his creation of ODM Project, audio-visual events that promote organ music and astronomy, supported by YAMAHA. He is also co-founder of the chamber music series AD Festival Days in Manchester.

Having studied Film Composition with Dimitri Scarlato at the Royal College of Music, Composition with Laura Bowler, Gary Carpenter and Paul Patterson at the RNCM Manchester, and Organ with Gunilla Pfeiffer, graduating from KMF Schlüchtern in Germany, he is also involved in teaching and lecturing at a variety of institutions in London.